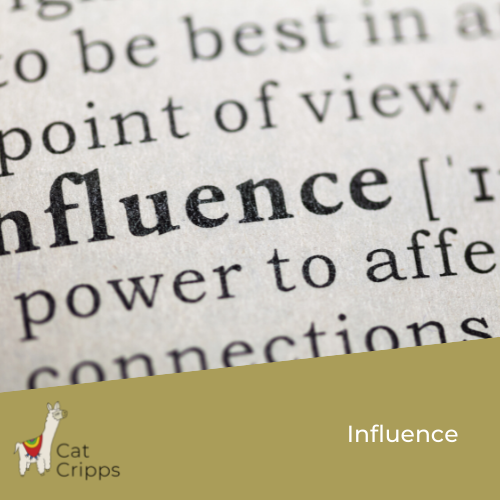 You may have read Robert Cialdini’s book – Influence – The Psychology of Persuasion.  I have been listening to it again lately – it was prompted by reading “You have more influence than you think” by Vanessa Bohns – psychologist, Cornell University.

This is another book which really gets you thinking.

It’s incredibly topical currently, if you can forgive me getting slightly political for a moment.

People in the public eye have influence – we can all recognise that I think.  But I guess my point is that it’s much stronger than we think – and that the “actions speak louder than words” maxim holds true.  It’s our leaders’ BEHAVIOUR that is so influential – more than the words they utter.

And so asking people to do one thing, whilst doing something completely different yourself, really isn’t a great way to get compliance.  (Cialdini’s book uses that word a lot – he talks about “compliance professionals – e.g. Salespeople).

Anyway – back to the book!  As a psychologist Vanessa Bohn set out to run experiments to prove all of this!

She set up tests where people had to go out in the street and ask people for something (there were a variety of tests, and different requests) – and measured how often the respondents say Yes!  You may know there is an old experiment where there was a long queue of people waiting to use a photocopier and someone was sent to the front of the queue to ask to push in – they said “Can I push in I need to copy 5 pages, because I am in a hurry” – and people said yes (largely).

Bohn replicated this and took it further – people said yes even if no reason was given – but the effect of just saying “because” had a hugely positive effect.

The point is that people like to be nice.  (goes back to our Cybercrime chat – people are too happy to “open doors” for others).   And often if you want someone to do something you just have to ask them!  Robert Cialdini in “Influence” cites experiments where people wearing different clothing posed as workers and got compliance from people – uniforms are surprisingly effective – as are doctors in white coats (maybe not surprising) and men wearing business suits.

You may think you are not so easily led but I am afraid the data speaks for itself – we are all influenced by these things on a daily basis.

There were also experiments where there were payments offered of differing amounts – and generally the size of the payment wasn’t that effective – and in fact could be counter-productive. (People like to think they are being helpful rather than being bribed) 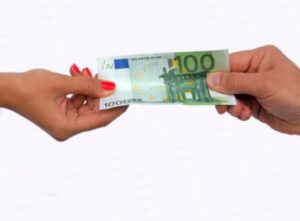 BUT – the point of the book is – it is not what we expect.  We don’t expect people to respond well to us!  This is known as negativity bias – we generally expect things to go badly.

We remember negative comments for months or even years – and somehow forget the ton of positive comments!  I once ran a workshop in Edinburgh, in a venue I hadn’t used before and we had a lot of wifi problems – and I got one TERRIBLE review in feedback,  Most people were lovely and said nice things about the lengths I had gone to to make it all work – but ONE person was negative.  And yes – it’s over 10 years ago and I still remember it!

So once these negative thoughts are in our heads we tend to forecast out based on the negative, not the positive.  (Actually at this point I will say that I DID reject that comment – but never forgot it!)

The other aspect we need to consider is egocentrism.  And yes – this boils down to “it’s not about you”.

We focus on our own thoughts and feelings, and not those of the other person.

So one other experiment was to stop people in the street and say something nice to them, that’s not too hard you would think!?  However, the subjects got anxious about what the other person will think about them, even when they were doing a nice thing.  They thought far too much about how speaking up would reflect on them personally

If we receive a request for help or someone pays US a compliment,  how do we react?  I think we would say, relatively favourably.  But somehow when we are the asker or the one delivering the compliments we forget.

As a final point, Robert Cialdini in his book Influence talks about Authority – that we defer to doctors, and other professionals.  Certainly my mother, for example, would always have done what a doctor told her, and would have never considered entering into any discussion.

And you may be familiar with the “Obedience to Authority” experiment by Stanley Milgram, where people were persuaded by men (of course – it was the 1960s!) in white coats to deliver shocks to subjects in another room when they made a mistake.  It was found that people were surprisingly compliant, and delivered shocks even when the person cried out in pain (the shocks were not real; however, they did not know that).

But I wonder whether that is still the case?  During the pandemic we saw a lot of instances of people challenging doctors and scientists – so perhaps they no longer have the influence they once had?

I’d love to know what you think?

If you would like to talk more then please do Get in touch.